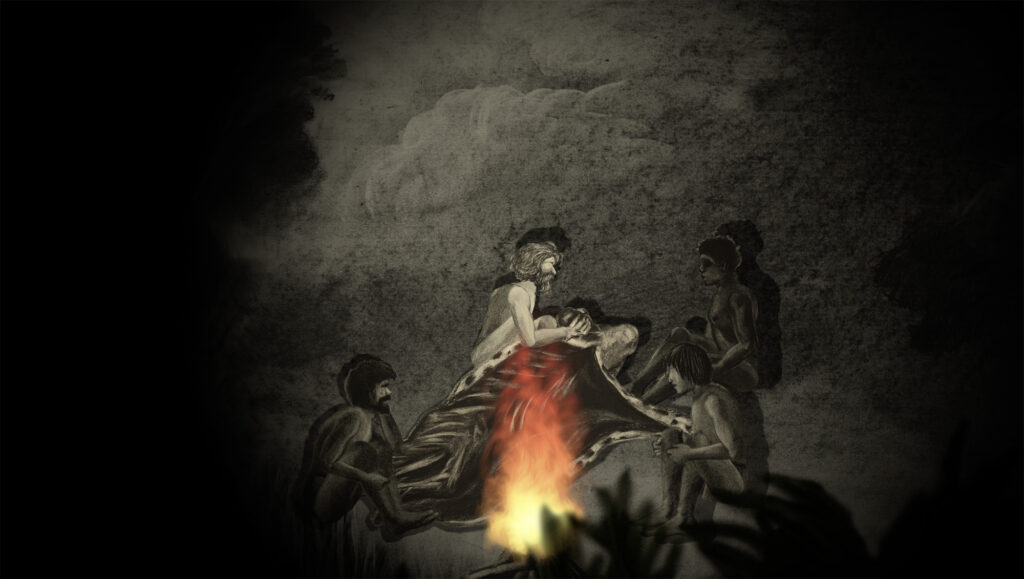 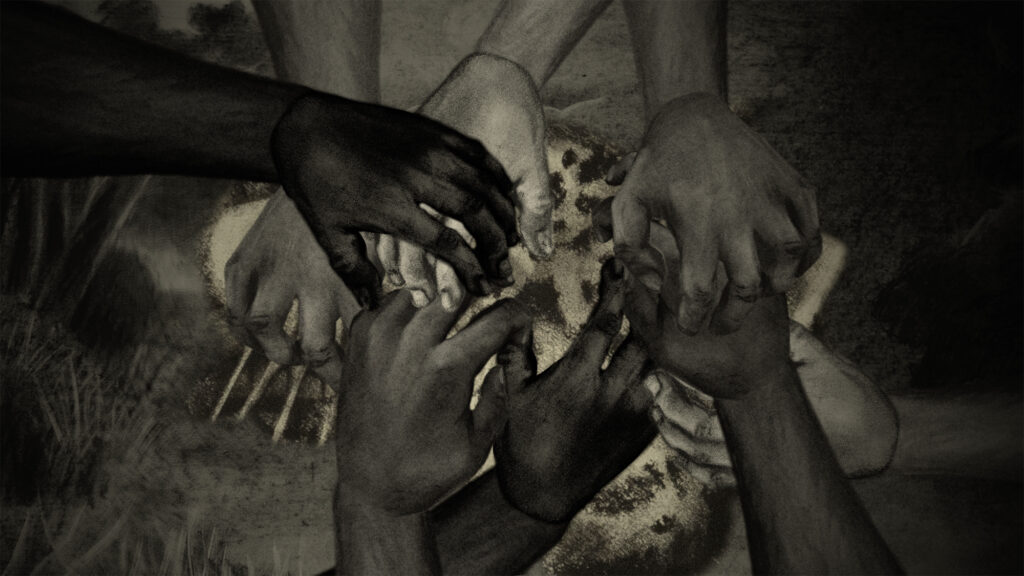 Jaguar’s Vision is a short animation film narrating an encounter between four humans living in a jungle and a jaguar. In the past, humans continued to live as a part of nature – learning from nature, revering nature, and understanding nature in its wondrous existence. Nature was a realm of life in which humans can gather food and sustain life, but at the same time, a realm of cruel and ruthless competition in which different elements threatened their survival. Humans have survived in nature through cooperation. The current global spread of COVID- 19 proves that cooperation between both individuals and collectives remains crucial for human survival even in contemporary times. As humans cemented their position as the dominating species in nature, they became the fearless of the world. However, the power dynamics between humans and nature still persists through the conflicts between individuals, collectives, nations, and races. Through this work, I wanted to question what humans have lost in relationships with one another at the cost of declaring themselves as the dominators of nature, and by so doing, understand the origins of chaos we are experiencing today.

In Jaguar’s Vision, the jaguar represents nature, which was once revered as sacred by humans (Jaguars are considered sacred in South America). By turning jaguars into objects and commodities, humans exploit nature as a mirror onto which they project their desires. In creating the animation, I referenced the realistic yet frozen look of dioramas in natural history museums. Sound for the film was made by sound designer and musician, Christian Amigo.